Feet are Everything! Fetish is for everything else! ©

the download link will be sent to you within 24 hours, and it will be valid for another 24 hours..,

pay with this link : https://pmny.in/VIYf1J0hNiDc

famous people with an admiration towards feet of women

So we can conclude that not only men but also women find bare feet of their companions hot and happening. For many, this quality has taken up the top spot in their priority list. So fans who try to ape these starlets or people who have this fetish from the beginning need not be worried because slowly there is going to be a number of followers for this trend. Christian said, "I'm always experimenting in the bedroom – trying to discover new ways to have a good time and enjoy myself. I think toes are a lot of fun, definitely. Do some of your own research and find out how, but trust me. Uh oh, now I've crossed the line!"

Slater isn't the only celebrity to have a foot or toe fetish. Pulp Fiction director Quentin Tarantino has previously admitted to having an unhealthy obsession with feet, while Emmy award-winning American comedian Rosie O'Donnell also loves toes.

Christian, who has battled drink and drug abuse in the past, also insists illegal substances are "fine" if used sensibly. He added in an interview with a magazine, "The last time I had ecstasy was five years ago. There's no question that in proper quantities and the right manner, drugs are fine. On the other hand, your perceptions tend to get all screwed up and you lose track."

Said the “Kuffs” star in an interview, “I’m always experimenting in the bedroom and trying to discover new ways to have a good time and enjoy myself. I think toes are a lot of fun, definitely.”

The model and ‘Dancing with the Stars’ personality had confessed in an interview, that she likes feet and a man’s clean bare feet turn her on. Girls definitely agree with you Brooke, bare feet do turn women on because they can be caressed the way they like.

Popular television show ‘Friends’ star Courtney Cox is reported to have a huge foot fetish. Being a fashion icon Courtney believes in unwinding her tiresome day by a gentle foot massage. According to her there is nothing more soothing than it. Many people can also classify this under the habit of cleanliness, but we would like to call it more of a sort of fancy. Even in the popular TV show ‘Friends’, Courtney’s love for cleanliness was shown through her immensely popular character, Monica Geller.

Burlesque performer,Dita Von Tesse prominently features her feet in all her acts. Her famous style statement is that of the 60s. Born to a manicurist mother Tesse is very familiar to beautiful nail paints, pedicures, relaxing in spas and she swears by all of them. Because to her clean feet is more important than a clean face or clean hair. Her profession demands roaming around in lofty heels and thus being tired of wearing stilettos she knows that feet are the most important stress relieving part of ones body and hence, she cares for them like no other would even think of! This foot fetishists and former wife of Marilyn Manson (another foot fetishist) is known for undergoing rigorous training and exercises to tone her legs and feet to make them look not only presentable but also gorgeous and seductive. Though she filed for divorce with Manson later on citing ‘irreconcilable differences’,but maybe, it was their common foot fetish which played a catalyst in the initial years of their courtship.

Pop star and International singing sensation Britney Spears is also one such celebrity who has a fancy for beautiful and clean feet. And she knows it very well that she has got what it takes to flaunt them, the oodles of attitude!! She is rarely afraid of giving her shoes a miss and even likes making public appearances in her tattooed barefoot. This hottie, mother of two, has even been reported saying that she really enjoys having men kiss her feet. Now that is a confession we do not get to hear often!

As they say everyone can have beautiful feet but Jessica Alba’s feet are the sweetest. She prefers french pedicure and loves her toes to be dazzeled by diamond and platinum toe rings. For her, accessorizing her feet is as important as her neck or her hand. She takes spas and carefully paints her nails to be picture perfect. Being an inspiration to little girls Alba takes care of her image as well as her feet and also dresses her feet as adequately as the rest of herself. It can rightly be said that it is her feet that decide her mood of the day. Being an actor one has to be in high heels for most of the time, and it can be tiring as anything on earth. So taking care of feet or developing a foot fetish is very obvious for people in a profession as Alba’s.

Maker of notable films such as “Pulp Fiction,” “Kill Bill” and “Death Proof.” All three of those films, by the by, feature luxuriating shots of nude female feet. Uma Thurman, frequently barefoot star of “Pulp Fiction” and “Kill Bill,” mocked Tarantino’s fetish by drinking champagne out of her shoe at a Friar’s Club roast of the director. And these photos, taken at an L.A. sushi restaurant in 2007, speak for themselves. 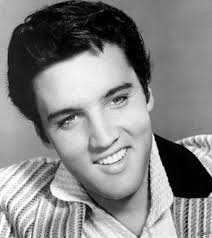 The king of pop,Elvis Presley had a well documented foot fetish. As known to many, as a child Elvis loved to massage his mother’s feet or ‘rub her little sooties’,as the king would say. In the dating department also, he had reserved the top spot for the women with beautiful feet. His handler’s too, knew about this strange fanaticism of his and thus they screened women on the basis of their feet before any women could have had any kind of romantic liaison with him.

The ‘livin vida la loca’ hit maker had opined earlier, ‘It’s not good for my image, but I’m what I’d guess you’d call a foot fetishist. I just find feet really beautiful’. Not only women with beautiful feet but also men with them appealed much more to this ‘fortunate homosexual man’.

This ‘Angel’ of popular television show ‘Buffy the vampire slayer’ is another name in this foot brigade. Catalina Guirado, an ex-girlfriend of the star, has confessed lately that she had spent more time making sure her toes looked right than her hair and face while she dated Boreanaz. That makes it but obvious that he loves ladies with beautiful feet. Ladies are your ready with your clean feet??

The shock rocker has been outed by former girlfriend Jenna Jameson as a foot fetishist.

The pop artist was a major practitioner of podophilia, evident in his many shoe portraits and the mummified human foot he kept by his bed. 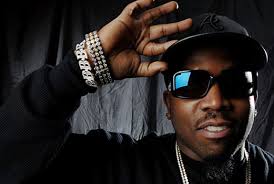 One half of hip hop duo Oukast, Big Boi has been quoted as saying, “I like the feet. I love feet. If they’ve got nice feet, it’s a turn-on.”

Dostoevsky’s mistress, Polina Suslova, recounted in her memoirs that the famed Russian writer made advances towards her tootsies. His work, from “Crime and Punishment” to “The Brothers Karamazov,” also contain numerous instances of men literally throwing themselves at and kissing women’s feet. 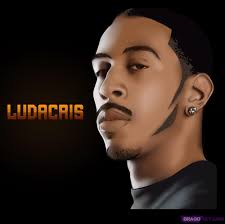 Quoth the rapper in an interview, “But I definitely love girls with beautiful feet. I have a foot fetish.”

The 18th century Venetian adventurer and author was a lover of many women and their many feet.

In the ode to his own sexual prowess, “Soopaman Lova 3,” the hip hop poet pronounces, “I’ve got these h**s spreaded/From Japanese to diabetics/Toes stay painted because of my foot fetish.” 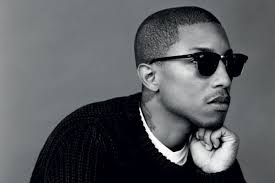 Asked in an interview if he had a fetish, the N.E.R.D. frontman responded, “Girls’ feet.”

The 19th century author and illustrator had a thing for hoofs which came through in his work. The titular heroine in his novel “Trilby” was renowned for having “the handsomest foot in all of Paris,” and Du Maurier spent a lot of ink describing exactly how handsome it was. 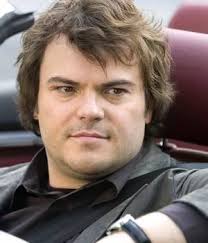 The actor has sung the praises of toe sucking in Tenacious D songs and admitted in an interview, “I do have a bit of a foot fetish, yes.” 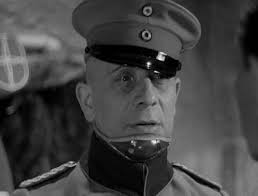 This actor and director was the Quentin Tarantino of the silent era. His 1925 film, “The Merry Widow,” features a character with an open and unabashed foot fetish. Von Stroheim spent so much time filming his actress’ feet during “The Merry Widow” that a producer accused Von Stroheim of also having a “footage fetish.” The former Mr. Pamela Anderson has said in an interview, “My mother was Miss Greece in 1957. She’s gorgeous and she’s got beautiful toes. That’s one of the reasons I have a foot fetish today. When I was a kid I’d massage her feet.”

Anonymously said a model who claimed to have been with the baseballer, “Alex is a player, a big player who cannot go a night without getting laid. And he’s got a big foot fetish.”

Joyce enjoyed using foot play in his work, including a passage in “Ulysses” in which the character Gerty boasts of using her feet to make men “spend.”

The director of “Old School” and “The Hangover” appears in many of his films as a recurring character by the name of Mr. Creepy. Mr. Creepy first appeared in Phillips’ “Road Trip” as a pervy foot fetishist. “I play the guy with the foot fetish in the movie because I am a guy with a foot fetish,” said Phillips in an interview for “Road Trip.” “Mr Creepy we call him: he’s my alter ego.”

The German author of “Faust” would sell his soul for a pretty pair of pedis.

Bundy used stolen credit cards to buy more than 30 pairs of socks to fuel his fetish while evading the law in Florida. Considering he was one of the most prolific serial killers in history, that was probably the most normal thing about him.

You need to be a member of Ms. Beautiful Feet World to add comments!

Ms. Beautiful Feet World IS NOT an adult Web site. It presents in an artistic and casual manner, images and videos of female feet in everyday settings and/or situations. Nowhere in the site are there depictions of nudity or sexually explicit conduct as described by U.S. Code Title 18, Part I, Chapter 110 that describes sexually explicit conduct, actual or simulated as: "sexual intercourse, including genital-genital, oral-genital, anal-genital, or oral-anal, whether between persons of the same or opposite sex; bestiality; masturbation; sadistic or masochistic abuse; or lascivious exhibition of the genitals or pubic area of any person."
Although not an adult site, Ms. Beautiful Feet World does contain a membership area in which adults with valid credit cards or with other accepted forms of payment can view more images/video. The membership section also DOES NOT contain any depictions like those mentioned above. If you're looking for that, you should try elsewhere. All models, nonetheless, were age 18 or older at the time of photography.